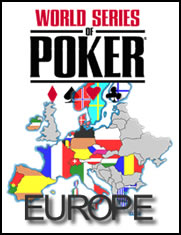 In 2008, the WSOPE added a fourth event and was held at the Casino at the Empire in Leicester Square, London. The 2008 WSOPE was particularly notable, as Jesper Hougaard became the first person to win a bracelet at both the WSOP and WSOPE, let alone winning both in 2008. The WSOPE Main Event included several big name stars including Ivan Demidov, John Juanda and Daniel Negreanu. Demidov’s appearance at the WSOPE final table was of particular interest. While sitting at the WSOPE Main event final table, he was one of the November Nine players scheduled to play in November for the WSOP Main Event. This meant that for a period of time there was a chance that the same person could win both Main Events. As it was, he was the first player to make it to the final table at both the WSOP and WSOPE Main Events. Three-time bracelet winner John Juanda won his fourth bracelet in the WSOPE Main Event. Theo Jørgensen, who made it to the 2007 WSOPE Main Event final table, won his first bracelet in the £5,000 Pot-Limit Omaha event. Sherkhan Farnood, undoubtably had the most challenging final table as four of his final six opponents (Ivo Donev, Howard Lederer, Phil Ivey, and Jeff Lisandro) had a combined 9 WSOP bracelets between them. The 2008 WSOPE also marked a technological advance with the advent of the mobile hole card camera. At previous tournaments, the viewing audience could only see the hole cards at select tables. In 2008, a special camera was used that enabled roaming camera crews to capture the action at adjacent tables.