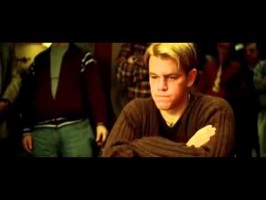 Time passes, and Mike is true to his promise. He does not play cards, and focuses on school and work until his childhood friend Lester ‘Worm’ Murphy (Edward Norton) is released from prison. Worm is also a card player, who owes an outstanding debt accumulated before his incarceration. At Worm’s influence, Mike is soon rounding again, which interferes with his studies and hurts his relationship with Jo, who eventually leaves him.

When Worm is given a five day deadline to pay off his debt, Mike joins him in a furious race to earn the money by playing in several card games in and around New York City. The two come close to making the $15,000 needed, yet end up losing their entire bankroll when they are caught cheating at a poker game, despite Mike’s insistence on playing the game straight. After this incident, Worm decides to leave the city, and advises Mike to do the same. This is when he reveals to Mike that his debt is due to KGB, the very same Russian mobster who had cleaned Mike out of his $30,000 bankroll months before. Infuriated, Mike cuts ties with Worm once and for all.

Mike refuses to flee, and instead, with the help of a loan from his law school professor Petrovsky (Martin Landau), sits down to play KGB heads-up in a No-Limit Texas Hold’em game. In a race against time to pay off Worm’s debt, Mike gets his shot at redemption as he puts his life on the line against the man who had forced him out of the game.

Mike eventually beats KGB in two heated heads-up matches in which he ultimately wins enough to pay off Worm’s debt, repay his loan to the professor, and regain his original bankroll of about $30,000. The movie ends with Mike officially dropping out of law school, saying goodbye to Jo and going to Las Vegas to play in the World Series of Poker Main Event. 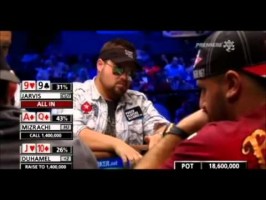