Poker In The Media Strip Poker 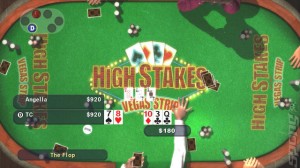 At the beginning of the poker boom, USA Broadcasting cashed in on the phenomenon with a unique take on the game show. Find out more in this week’s Poker In The Media.

This is one that came up in an email discussion last week around the offices: back in the very, very early days of the poker boom, USA Broadcasting (whose stations are now all owned by Univision) aired a game show based on strip poker for one season. The show, creatively enough called Strip Poker, only lasted one season – from 1999-2000, and from what I’ve found digging around the internet, that’s probably for the best, even with the prospect of naked people dancing around over the end credits.

Of course, it couldn’t be a straightforward poker game and things needed to be changed so the action was more fast-paced and exciting for the audience, with two teams of two (male on one side, female on the other) playing against each other. The poker portion of the proceedings was a variant of five-card stud, using a stunted deck of cards that ranged from 9 to Ace. Each question was proceeded by a pair of cards going down a chute and being presented to the contestants and the action always started with the guys being asked a question about what is so tactfully referred to in Wikipedia as “Girl Stuff.” If they got it wrong, the girls had the chance to answer the question about their stuff and take control.

This alternated for a couple of rounds with the girls receiving a question about guys stuff and once a team got control, they received $50 and the choice of cards from the two presented with the opposing team receiving the spare. Questions get harder as the game proceeds (even though anyone who’s spent more than ten minutes of their life reading a book that’s not by Snooki could pass muster) until each team built a poker hand and was able to play it against the others. The team with the better hand after five cards won a whopping $250 bonus and one of their opponents would have to take their clothing off.

This is how the game went for two rounds until all pretense at being about poker was dropped entirely for the lightning round, in which trivia questions were asked and articles of clothing were removed by the losers. Eventually, time was called, cash was collected and despite the fact that one team “won” and another “lost,” both generally ended up dancing in the middle of the stage over bad music. Of course both teams wore something like nine layers of clothing, so the promised nudity was never delivered.

After watching footage from the show and marveling at its general inanity, I’ve come to the conclusion that America is a stronger place without this sort of thing, especially if we’d ended up with All-Star Strip Poker where we could end up seeing poker pros like Mike Matusow and Phil Hellmuth in their altogether. 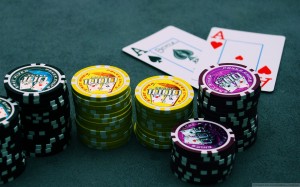 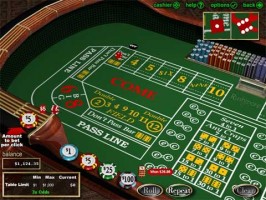