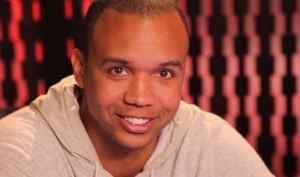 Phil Ivey first began to develop his poker skills by playing against co-workers at a New Brunswick, New Jersey telemarketing firm in the late 1990s. One of his nicknames, “No Home Jerome”, stems from the ID card he secured to play poker in Atlantic City, New Jersey in his teenage years. His other nickname is “the Tiger Woods of Poker”.

Ivey’s tournament accomplishments include winning three bracelets at the 2002 World Series of Poker, tying Phil Hellmuth Jr, Ted Forrest, and Puggy Pearson for most tournament wins in a single year (Jeff Lisandro has also since tied the record). Ivey also has bracelets in Pot Limit Omaha from 2000 and 2005. In 2000, he was the first person to defeat Amarillo Slim heads-up at a WSOP final table. In addition to his eight World Series bracelets, Ivey has had great success in the WSOP Main Event. He placed in the top 25 four times between the 2002 World Series of Poker and the 2009 World Series of Poker. Ivey finished 23rd in 2002, 10th in 2003, 20th in 2005 and 7th in 2009.

In the 2010 World Series of Poker, Ivey received the most votes for the Tournament of Champions.

With eight World Series of Poker bracelets, Ivey is currently tied with Erik Seidel for the fifth most of all-time. Also, at age 34, he was the youngest player to ever win eight (Phil Hellmuth was 39). In addition, no other player has accumulated eight bracelets more quickly; it took Ivey only ten years from the time of his first bracelet to his eighth (Johnny Moss took 11 years). He is also the all-time record holder for most bracelets won in non-Holdem events, with all 8 of his victories coming in non-Holdem events. His 2010 win gave him the lead over Billy Baxter.

On May 31, 2011, Ivey announced he will not be playing in the 2011 WSOP: “I do not believe it is fair that I compete when others cannot… until a solution is reached that cements the security of all players, both US and International, I will, as I have for the last six weeks, dedicate the entirety of my time and efforts to finding a solution for those who have been wronged by the painfully slow process of repayment.”

Ivey has also reached nine final tables on the World Poker Tour. He has lost several of these WPT events by being eliminated while holding the same starting hand each time, an ace and a queen. Nine out of the twelve times Phil Ivey has cashed in a WPT event, he has also made the television final table. During the sixth season of the WPT in February 2008, Ivey made the final table at the LA Poker Classic at Commerce Casino that included Phil Hellmuth and Nam Le, eventually capturing the $1,596,100 first prize and putting an end to his streak of seven WPT final tables without a victory. Ivey has earned close to three million dollars in WPT cashes. Ivey made his debut on the European Poker Tour in Barcelona, September 2006. He came to the final table of nine as the chipleader, but he eventually came in second to Bjørn-Erik Glenne from Norway.

In 2006, Ivey was enticed to London to participate in The London All Star Challenge of the inaugural European Poker Masters. Not only Europe’s first-ever independent poker tour, the EPM boasted the best lineup of players ever seen in Europe. As one of the favorites, Ivey made it to the final table to finish seventh, and collected £6,700 ($12,534). In November 2005, Ivey won the $1,000,000 first prize at the Monte Carlo Millions tournament. Just one day after, Ivey took home another $600,000 for finishing first at “The FullTiltPoker.Net Invitational Live from Monte Carlo”. His six opponents were (in reverse finishing order) Mike Matusow, Phil Hellmuth, Gus Hansen, Chris Ferguson, Dave Ulliott, and John Juanda.

On the January 22, 2007 airing of NBC’s Poker After Dark, Ivey won the $120,000 winner-take-all “Earphones Please” tournament by eliminating Mike Matusow, Tony G, Andy Bloch, Phil Hellmuth and Sam Farha. On the April 15, 2007 airing of NBC’s “National Heads-Up Poker Championship“, Ivey was defeated by actor Don Cheadle. The loss marked the third consecutive year Ivey had been eliminated in the first round from this tournament. His streak ended in 2008, when he advanced to the semifinals, losing to eventual champion Chris Ferguson. Phil Ivey took part in seasons three and six of GSN’s High Stakes Poker.

As of 2012, his total live tournament winnings exceed $16,000,000. $5,294,840 of his total winnings have come from cashes at the WSOP. He is currently ranked 3rd on the all time money list, behind Antonio Esfandiari and Erik Seidel.
Cash games

Ivey was part of the original design team for Full Tilt Poker. In May 2011, Ivey filed a lawsuit in Clark County, Nevada claiming Full Tilt had breached his contract. The suit asked for damages in excess $150,000,000, as well as for him to be released from his contract with the company. Ivey voluntarily withdrew the suit on June 30.