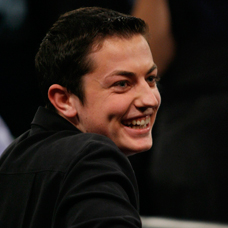 In March 2004 at the age of 17, Dwan began playing online poker at Paradise Poker with $50 his father had given him for his 17th birthday. He believed the alias “durrrr” would put players on tilt if they’d lose to him. Dwan initially focused on $6 sit-and-go tournaments and ended up losing $35. With his last $15, he continued to focus on these sit-and-gos until he was able to turn a profit. After finding he could beat these games, he turned to cash games, where he built his bankroll starting at low stakes and slowly climbing his way up, eventually reaching the largest games found online. After beating multiplayer cash games, Dwan switched his focus to playing heads-up No-Limit hold ’em against other professionals, such as Frederick Halling at the $10/$20 stakes level. He challenged Prahlad Friedman at $25/$50 stakes but kept losing to him for several months, forcing him to drop to lower stakes before coming back again and again until he was able to beat Friedman.

According to HighStakesDB.com, a site that tracks high-stakes online poker action, Dwan earned $312,800 in 2007 on the Full Tilt online poker cardroom and $5.41 million in 2008, even though he has gone through several large swings throughout his career. Before the 2007 World Series of Poker, Dwan claimed to have lost, at the time, $2 million of his $3 million bankroll, over a span of four months. He was able to recover from this loss within a year. In January 2009, Dwan lost more than $3.5 million, which he managed to recover after six months. However, from late October to late December 2009, Dwan suffered his largest downswing, losing approximately $2 million to Phil Ivey and Ilari “Ziigmund” Sahamies, and $5 million to Viktor Blom

In mid November 2009, a player from Sweden using the online name “Isildur1” challenged Dwan to a series of heads-up No Limit Holdem cash games. Isildur1’s foray into online high stakes cash games began in late October, when he initially lost $1.1 million to Patrik Antonius, Brian Townsend, and other high stakes players. However, by the beginning of November, Isildur1 had recovered his losses and challenged Dwan to a heads-up marathon playing six tables at a time with over a million dollars in play. By the end of the week, Isildur1 had gone on the largest run in the history of online poker, winning approximately $5 million from Dwan, prompting Dwan to issue a live challenge to play Isildur1 at the Full Tilt Poker Durrrr Million Dollar Challenge.

At the end of 2009, HighStakesDB.com reported that Dwan had lost $4.35 million in 2009, putting his cumulative online poker winnings at Full Tilt since January 2007 at approximately $1.4 million. HighStakesDB.com also reported that after stepping down in limits following his massive loss to Isildur1, Dwan won $2.7 million in December 2009. According to the same site, Dwan had more than recouped his 2009 losses in the first few months of 2010; he was reported to have won $1.6 million in the first two weeks of April 2010 alone, and after a session in which he won $1.6 million off Sahamies in a little over 2 hours, was up $7.3 million for the year to date as of April 21. However, in an illustration of the swings of fortune often associated with high-stakes play, Dwan lost about $4 million in the next three weeks, leaving him up about $3.3 million for 2010.

Patrik Antonius and Daniel Cates are playing Dwan as part of the challenge, but no 50,000-hand challenge is yet complete.

Dwan cashed twice in the first year that he was eligible to play in a World Series of Poker (WSOP) event held in the United States. Dwan reached the final table in the $10,000 World Championship Mixed Event at the 2008 World Series of Poker finishing in 8th place, earning $54,144. He then nearly made another in a seven person final table, but finished again in 8th, this time in the $5,000 No-Limit 2-7 Draw with Rebuys event, earning $45,110.

Dwan participated in the 2008 NBC National Heads-Up Poker Championship, where in his first match he defeated Phil Hellmuth in the third hand. Dwan was eliminated in the next round by Mike Matusow. At the 2008 Five-Star World Poker Classic (the $25,500 WPT Championship), Dwan finished in ninth place, winning $184,670.

The rules of the Challenge were that each player paid $250,000 for the privilege of playing, blinds were set at $500/$1,000 with each opponent having the choice of playing either Texas Hold’em or Pot Limit Omaha (PLO). Neither player could leave the match until at least 500 hands had been completed or one of them lost all of his buy-in and decided not to re-buy.

The first match between Dwan and Marigliano consisted mainly of Texas Hold’em, although the players did agree to play PLO near the end of the match. Dwan lost $22,500 which was highlighted by two bluffs by Marigliano.

The final round pitted Dwan against George in an exclusively Texas Hold’em match. During the match, the parties agreed to a 7-2 prop bet wherein if a player wins a pot with 7-2 then he earns an additional $10,000. This led to one of the most memorable bluffs in television poker when Dwan bet $479,500 on the river, all in, into a pot of only $162,000. Dwan was bluffing with 7-2 against George’s two pair (aces and sixes). George folded his two pair after much consideration even though Dwan, after making a 6x pre-flop raise, had said he had 7-2 and just wanted the blinds. George went on to lose $750,000.